I am feeling slightly less bleary this morning compared to yesterday; however, I still feel really “out of it” in general; I wake up in uncomfortable fits and starts while the air conditioner rattles away and my body feels very uncomfortable in general. My right ear is ringing badly. I had a lot of dreams, which basically meant I woke up a lot. The last one I had before waking up was pretty ridiculous: Mark Zuckerberg (the CEO of Facebook) was leading a crew that was installing a chair lift in my mobile home, or under it, rather (talk about misinformation)!

Anyway, enough of that. We did the tour of the two different Jamestowns yesterday - the real, and the re-created.

At the real, ‘Historic Jamestowne’, where the Virginia company from England established America’s first colony on May 14, 1607, we arrived, 311 years and 35 days later, just in time for an archaeology tour led by a very enthusiastic and knowledgeable employee of the nonprofit that runs this place: A 60 year-fellow with a white goatee named Lee, a former high school history teacher who clearly has a love for archaeology. Lee walked us around the active ‘digs’ where his team has uncovered many artifacts. They have figured out the location of all the important buildings on the site, the names of the individuals found in graves at the front of the church; and compelling evidence of cannibalism. The first settlers faced quite desperate conditions, and faced starvation between 1609 and 1610. 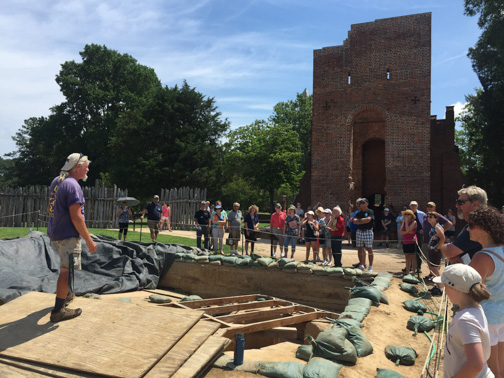 One main thing that sticks out is that Jamestown ended up being the first place where a deliberative representative sort of government was set up. It is also the first place in America that slavery emerged. It is the oldest permanent settlement in the New World. The story of the settlers, and their relationship to the Powhatan Indians is fraught with difficulty in conflict. What else to expect when arriving on a continent with the intent of basically taking over?

We looked at a bunch of artifacts in the nearby museum and then got a lunch at the café on site; then walked around a bit more to where Lee was doing more excavations on a site not far from the central triangle. We spoke to him here as well about this dig, where they had evidence of a female slave.

Before heading to Jamestown’s reconstructed settlement we made a stop at a working glass studio, a historical glassworks. Enough of the raw materials for making glass were available at the settlement for glass to be made; but in the original days, it would have taken them two weeks to get a fire hot enough by just using wood, compared to overnight with a modern glass oven. We watched two large and hot employees make some wine bottles. 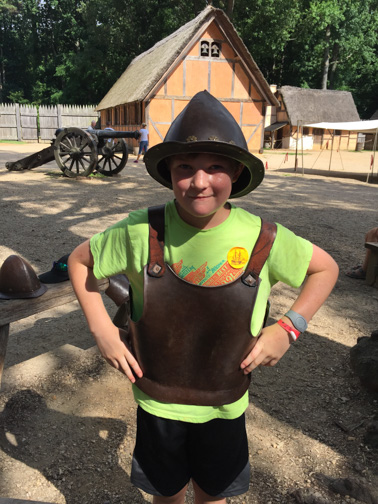 Following this diversion we went on to the Jamestown Settlement Living History Museum. The reconstructed Indian houses were actually pretty interesting, but there were some hot and sweaty volunteers dressed up an Indian garb attempting to re-create the Indians of the day - one stripping yucca and its wax to get at the fiber; one making a clay pot - there were some reconstructions of the boats the settlers sailed in, sitting in the harbor, and these were quite beautiful, as it made it easier to envision what it might have been like to travel overseas on that journey; but also how hot and uncomfortable it would have been to have been stowed away under the main deck, basically in the dark, with no sanitation, sharing sweaty bedbug-infested beds, etc.

The reconstructed village itself did not seem anything like the historical site we had visited; but there was stuff of interest there that the kids liked, including a working blacksmith shop and a guy demonstrating how to fire a musket using the traditional gun powder. We also hung out in the reconstructed church, going back into the main museum shortly afterwards, but not before Phoenix realized he left his sunglasses in the church. I walked back with him and found them, and we looked at the museum for another half an hour.

We tried to figure out what to do for dinner and just defaulted into going out again. Paige picked a place right in the center of the college of William and Mary, a student sort of hang out, where we had to sit next to the couple from Maryland and made uncomfortable smalltalk since the tables were squeezed so tightly together. I was not really into it and felt fairly tired, but I did my best; the guy talked about a lung transplant he had received. The discussion started veering towards the political as they talked about their child who was a teacher, who “Had to teach all those Hispanics who didn’t have any respect for American values”, etc. Groan. I had clam chowder for the second night in a row. The last two places we’ve eaten have offered super-expensive entrées in the $30-$40 range, which we have just avoided. 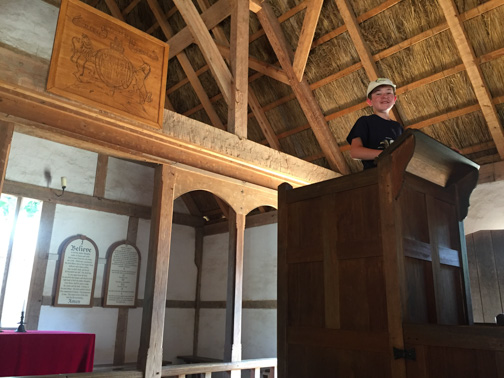 I started to feel a bit better as the evening came on. Back at the KOA the kids disappeared for a while, playing ping-pong; and I practiced my guitar.

the past comes alive
with archaeology tours
old cellars exhumed 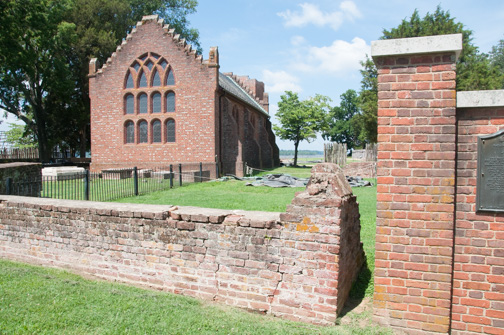 fragment of a pipe
with delicate inscriptions -
sir walter raleigh

gleaning history
from the simplest of clues -
different shades of mud 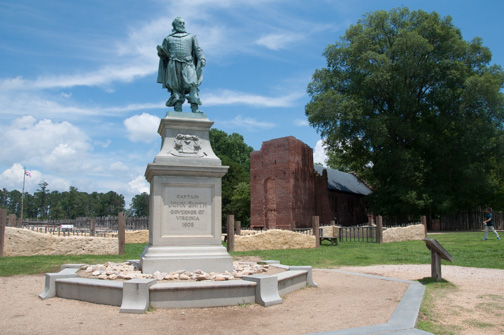 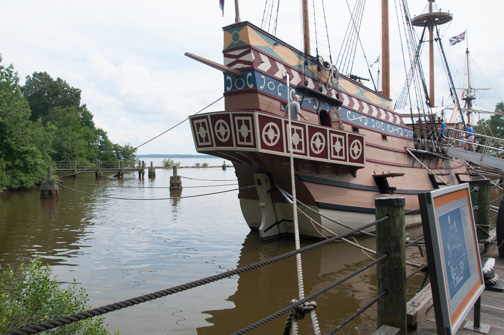 legacy of both
democracy and slavery
founded at Jamestown

not hard to picture
in the hold of the merchant ship
bedbugs, fleas and lice 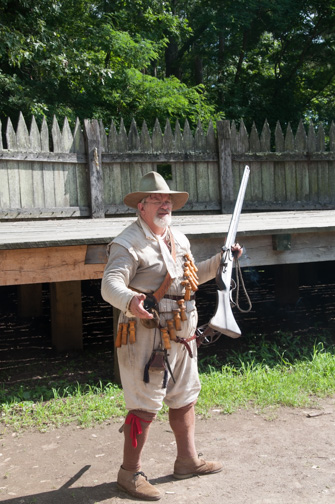