June 23, 2018 Well, we made it to Carolina Beach State Park, a place without electricity (and thus, air conditioning), so humid and hot that Orion is insisting he can’t handle another night. Paige and I tried sleeping in the tent, and the kids tried sleeping on the floor of the Cricket, after first trying the cots.

They both used their little battery-powered fans that we bought at Wal-Mart yesterday, and we kept the Cricket fan on all night; however, this resulted in a loss of battery power, and the cooler stopped working. We have the solar panel hooked up today, but we are in such dense forest that not a lot of sunlight is filtering through to power the panel.

We also had a weird issue with the sink not working, the night before last, at the Mt. Pleasanton/Charleston KOA; we thought it might be a connection issue, but only after we had taken the entire cabinet apart did Orion discover that no shore water was getting into our hose; and that seemed to be because of some malfunction in the pressure reducing valve. So we tightened things up and put the cabinet back, the water came back, and once again we averted a plumbing disaster.

We had an ambitious goal yesterday, to take a boat tour to see Ft. Sumpter, which sits on an island in the middle of the Charleston Bay. We got things going fairly early, packed up and out of the KOA, so we could catch the 10:30 ferry to the Fort. 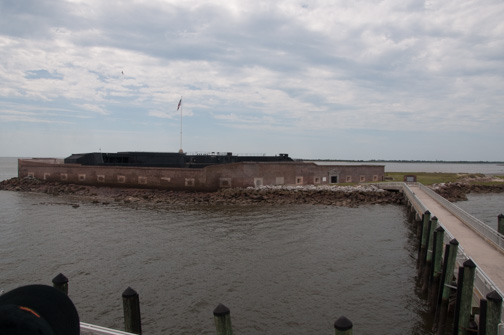 The tour launched right next to an old battleship that was used in WW2 but had been decommissioned. While we were waiting to launch, we were treated to the sight of a Manatee lolling about in the water-discharge coming off of an adjacent boat. 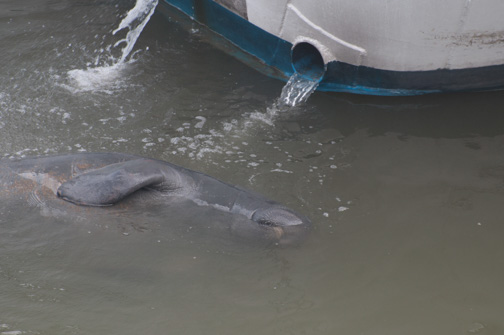 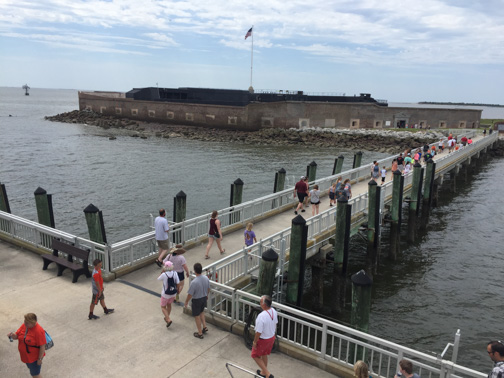 The trip took about 2.5 hours. Once out to the fort we wandered about, listened to a history lecture, looked at the canons, read the inscriptions, and also looked at the museum which is housed inside a concrete bunker that was added to the fortifications during WW1. 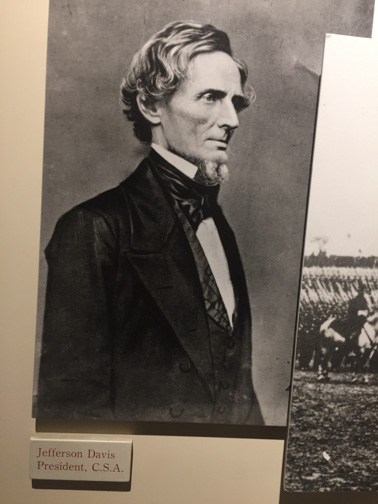 I personally got a much better sense of the beginnings of the Civil War by taking this tour; especially the physical environment in which it had it’s formative moves, but I am not sure it made much of an impression on the kids. 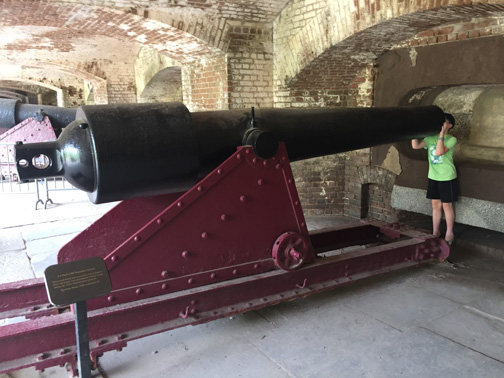 There was a lot of information to absorb, especially in the museum that is now inside the bunker, but the general outline is now easier for me to perceive. 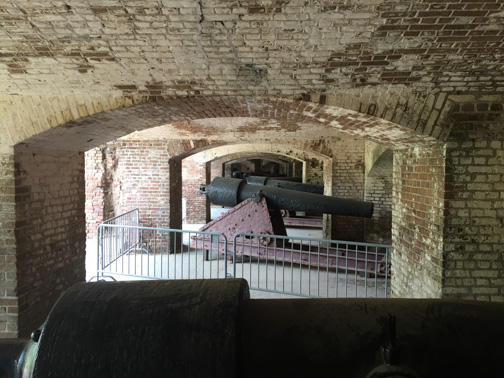 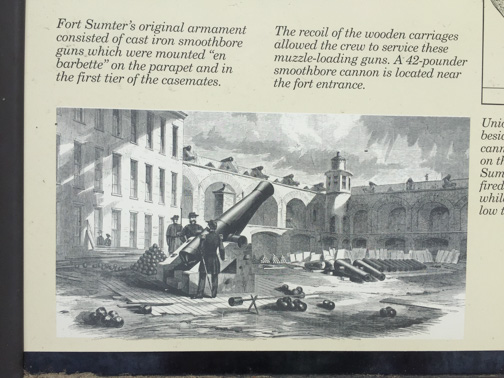 Ft. Sumpter’s canons
intended for one purpose -
used for another 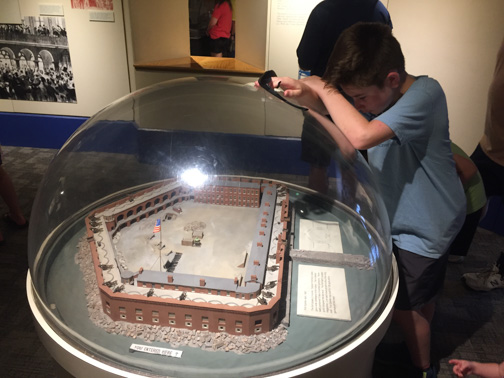 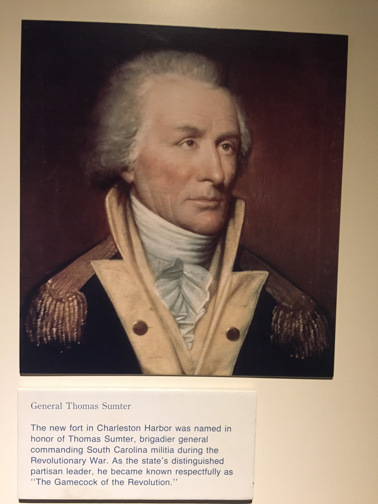 campground misery
no electricity here
we sleep in the heat 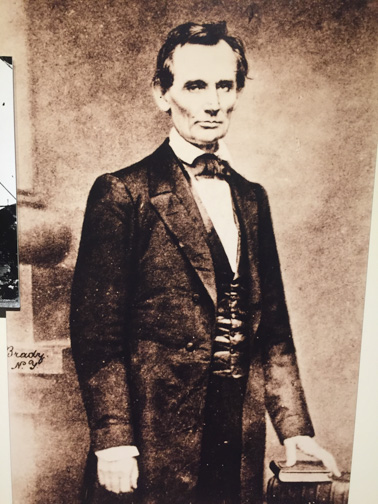