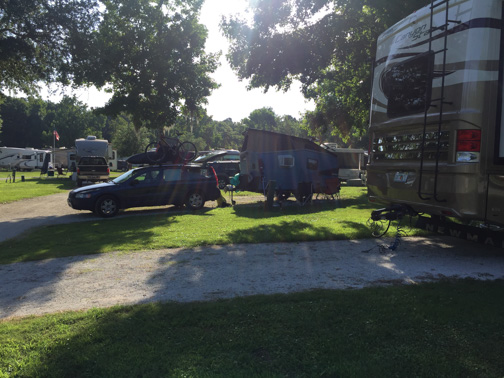 June 22, 2018 - We are At the KOA in Charleston, South Carolina - it was an epic drive yesterday. It felt good to leave the Talbot Island campground, and thankfully our noisy neighbors left at around 2am. They were practically shouting at each other as they packed their tent up. I never even did a sketch there, though the river/estuary we were backed up to looked like it could be sketched.

We even skipped making breakfast so we could zoom out of there, and then the idea became to try and find a “Waffle House” where we could show the kids a fine southern breakfast dining establishment.

We located one not far into the Georgia border, around 9:30 or so. Phoenix ordered a steak - the rest of use had some standard fare. It was pretty good, friendly and clean. 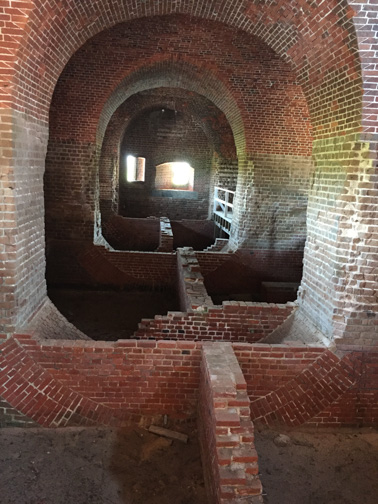 We decided that we should start checking out any Civil War history monuments along the way, if possible, and discovered that Fort Pulaski was just outside of Savannah. 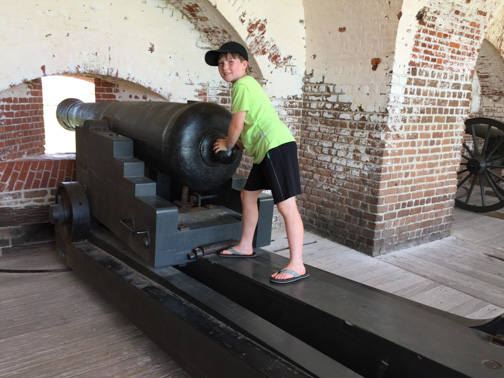 Originally, I had wanted to stop in Savannah based on Evan’s recommendation, but the lure of a site of more historical import seemed worthy of a short detour, so we headed out the extra 10 miles to get to ‘Cockspur Island’, where a garrison had originally been built under order of president James Madison after the war of 1812, and was then taken over by confederate troops in 1861. 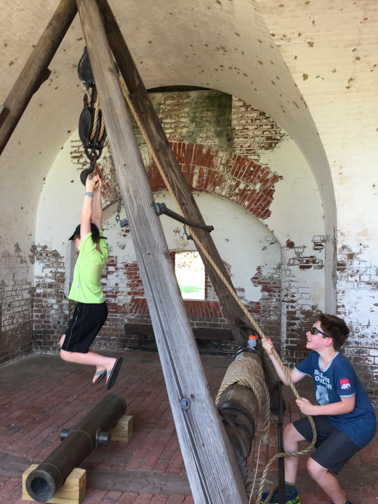 It’s massive brick construction was thought to be invincible, but when Union troops started bombarding it from the nearby island opposite, with special ‘rifled’ canons, the walls began to crumble and the Confederates feared that their gunpowder reserves would be threatened; so the commanding general decided to surrender, just like that. 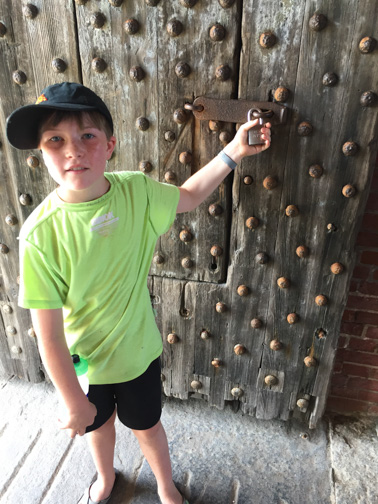 It was extremely hot there and the kids complained mightily about having to be diverted away from the relative cool and video saturated environment of the car. 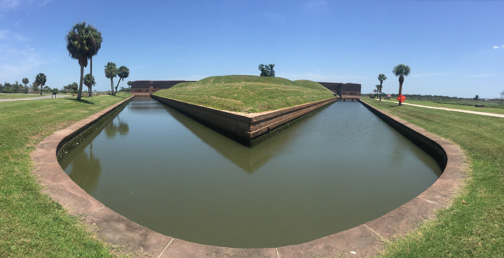 It seems like they’ve been watching videos and playing games non-stop, but it was interesting enough to keep us focused, walking around the whole structure including up on the top, where a lot of canons were still situated, and down lower, where the officers’ quarters were, and later the prison. A cool visit with some real historical relevance. 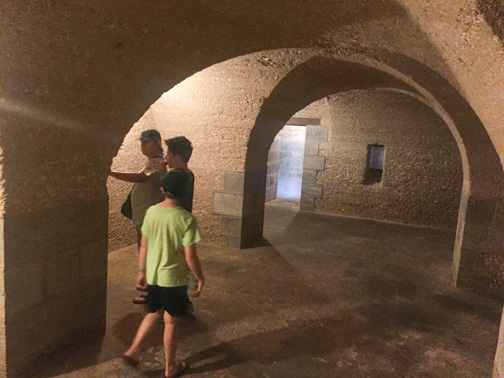 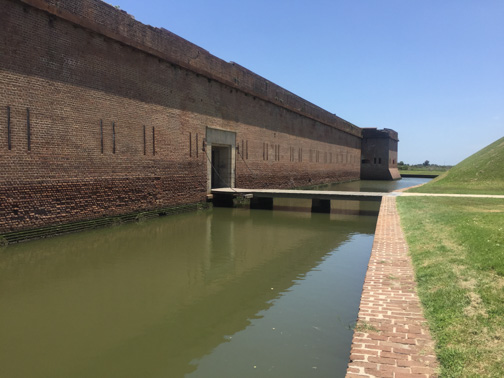 humidity high
medieval moat and drawbridge
simmer in the heat 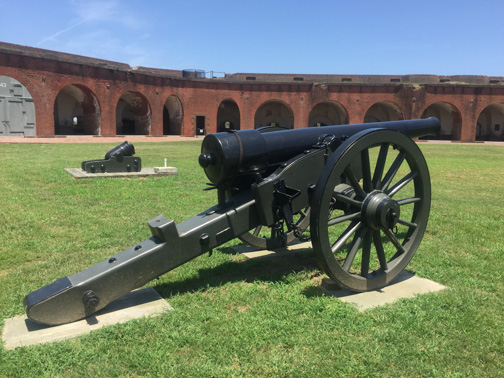 canons now obsolete
just like all other weapons
sooner or later 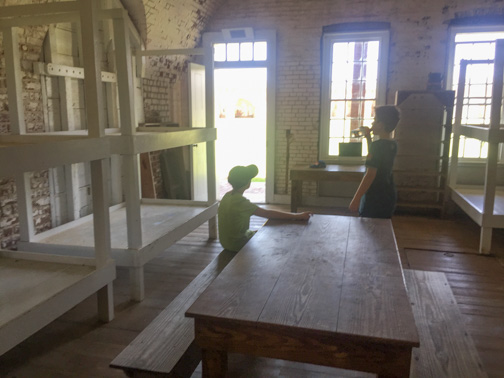 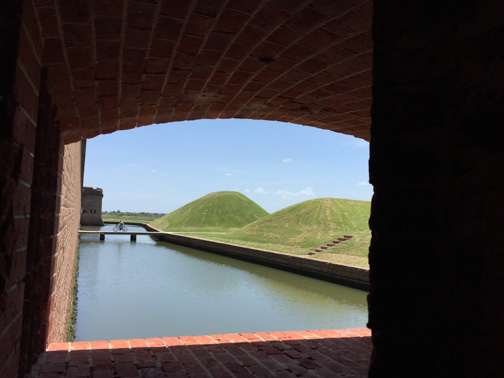 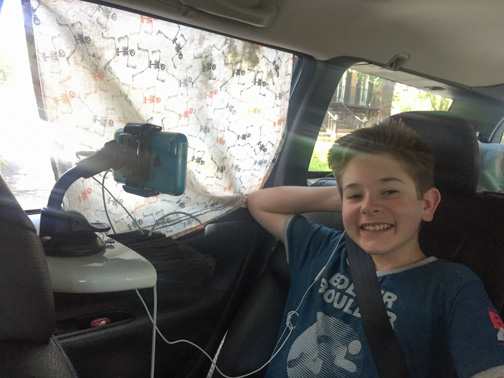